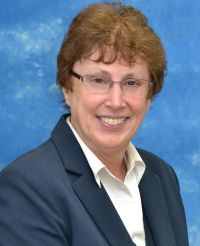 Back to Executive Management

Ms. Lewis became the General Manager on March 6, 2017.  She is a well known and nationally-respected leader in the water sector.  She comes from Milwaukee Water Works where she began in 1995 as its first water quality manager.  There she implemented applied research projects to solve water quality concerns, developed comprehensive sampling analysis plans, and played a key role in restoring public confidence after the well publicized Cryptosporidium-related illness outbreak of 1993. Her leadership skills and industry knowledge were quickly recognized, and she was appointed to lead Milwaukee Water Works in 1997.  She served as the first woman superintendent in the utility’s 144-year history.  As superintendent, Ms. Lewis oversaw all operations and over 300 water professionals as the utility gained national recognition as a leader in providing high quality water, water quality monitoring, environmental stewardship, public outreach, and efficient operations.

Ms. Lewis is well known in the water industry as she actively shares her expertise and knowledge to shape drinking water regulatory policy. She represented the American Water Works Association (AWWA) as a negotiator on the Federal Advisory Committee for the Revised Total Coliform Rule, contributing to broad stakeholder agreement on changes to enhance a water utility's role in public health protection. She serves on the Association of Metropolitan Water Agencies (AMWA) Board of Directors and chairs its Regulatory and   Audit Committees.

Ms. Lewis pioneered the use of particle counting in drinking water treatment. She was co-author of two books on the subject, and has been published over 30 times by the AWWA, the WRF, the Centers for Disease Control, and various public health associations.

Recognitions of her service include the prestigious AWWA George Warren Fuller Award (2008), the drinking water community’s highest honor. She is the recipient of the Wisconsin Section of the American Water Works Association Research Award (2001) and the Business Journal Milwaukee’s “Woman of Influence” Award in the Public Policy category (2012).

Ms. Lewis is originally from the New England region, and recently moved from Milwaukee to Portland.  She and her husband, Terence, have two grown sons.