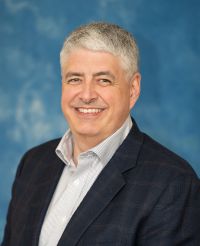 Back to Executive Management

Portland Water District’s 11th General Manager, Seth Garrison, is a former nationally-known utility management consultant that has spent the last two decades working with water and wastewater utilities in the U.S. and internationally. He is also a past trustee of the Portland Water District, holding a seat for nine years representing Scarborough.

He began his career as a regulator for the Maine Drinking Water Program after receiving a degree in Environmental Engineering with a minor in Economics from Rensselaer Polytechnic Institute. He then joined the struggling Bath Water District (BWD) as their Superintendent at the age of 24. At the time, he was the youngest manager of a utility serving a population of more than 10,000 people in the country. After nine years in the post and after turning BWD into an award-winning utility, he was given the unique opportunity to run the water and wastewater programs for the U.S. State Department's Agency for International Development (USAID) in Afghanistan. He spent two years living and working in Afghanistan, directing the capacity building programs, coordinating teams building major urban water systems, and working with cabinet ministers to develop a national water and wastewater regulatory infrastructure.

He has worked for the past 18 years as a management consultant in the water and wastewater sector. His focus has been on helping utilities enhance performance, strengthen their workforces and organizations, and improve trust among stakeholders and the public. He has worked with well-known utilities like Pittsburgh Water and Sewer Authority, Boston Water and Sewer Commission, New York City DEP, Denver Water, and Philadelphia Water to solve complex management and infrastructure challenges. He is particularly proud of his role in the success Pittsburgh Water had transforming into a thriving utility from one that was on the verge of privatization. He credits thoughtful strategic planning, clear public communication, and sound policies for their success.

He has been highly active with national, regional, and state utility associations. He is the former Chair of the American Water Works Association (AWWA) Strategic Management Practices Committee and is currently the Vice Chair of the Benchmarking Advisory Committee. He also contributes on many publications for the industry including the recent revision of the AWWA manuals M5 Water Utility Management and M29 Water Utility Capital Financing. He brings a wealth of knowledge to the Portland Water District about the practices of utilities all over the world.

Seth was born in the San Francisco Bay area, but grew up outside of Augusta, Maine. He lives in Scarborough with his family.