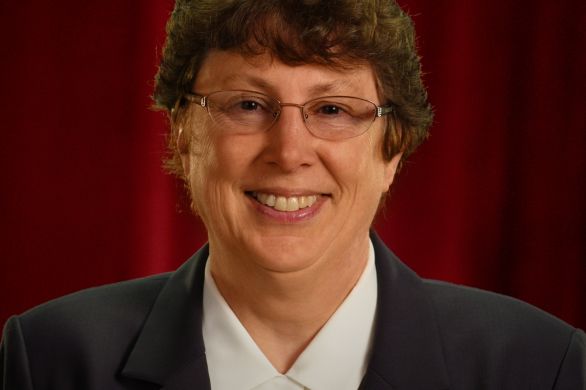 Last night, the Board of Trustees appointed Ms. Carrie Lewis from Milwaukee Water Works as the next General Manager of the Portland Water District.  She will replace Ronald Miller, who is retiring after 20 years as General Manager, the longest tenured leader in PWD history. Ms. Lewis is expected to begin early March.

Ms. Lewis is a well known and nationally-respected leader in the water sector.  She joined Milwaukee Water Works in 1995 as its first water quality manager.  There she implemented applied research projects to solve water quality concerns, developed comprehensive sampling analysis plans, and played a key role in restoring public confidence after the well publicized Cryptosporidium-related illness outbreak of 1993. Her leadership skills and industry knowledge were quickly recognized, and she was appointed to lead Milwaukee Water Works in 1997.  She served as the first woman superintendent in the utility’s 144-year history.  As superintendent, Ms. Lewis oversaw all operations and over 300 water professionals as the utility gained national recognition as a leader in providing high quality water, water quality monitoring, environmental stewardship, public outreach, and efficient operations.

The Milwaukee Water Works is a city-owned water utility serving a population of 867,000 wholesale and retail customers in 16    communities and generates $88 million in annual revenues. Milwaukee water consistently meets Environmental Protection Agency (EPA) water quality standards and under the direction of Lewis, Milwaukee was one of the first U.S. cities to monitor and screen for contaminants not yet regulated. The Milwaukee Water Works was the first U.S. utility to post test results for emerging contaminants on the Internet, demonstrating a commitment to water quality and transparency of information.

Ms. Lewis is well known in the water industry as she actively shares her expertise and knowledge to shape drinking water regulatory policy. She represented the American Water Works Association (AWWA) as a negotiator on the Federal Advisory Committee for the Revised Total Coliform Rule, contributing to broad stakeholder agreement on changes to enhance a water utility's role in public health protection. She serves on the Association of Metropolitan Water Agencies (AMWA) Board of Directors and chairs its Regulatory and   Audit Committees.

Ms. Lewis pioneered the use of particle counting in drinking water treatment. She was co-author of two books on the subject, and has been published over 30 times by the AWWA, the WRF, the Centers for Disease Control, and various public health associations.

Recognitions of her service include the prestigious AWWA George Warren Fuller Award (2008), the drinking water community’s highest honor. She is the recipient of the Wisconsin Section of the American Water Works Association Research Award (2001) and the Business Journal Milwaukee’s “Woman of Influence” Award in the Public Policy category (2012).

Originally from the New England region, Ms. Lewis currently resides in Milwaukee, WI, with her husband, Terence. They have two grown sons, and are excited about moving to the Greater Portland area.

“The Portland Water District (PWD) is a well-run, award-winning water system with Mission, Vision and Values that are consistent with my professional standards and personal goals.

I am particularly attracted to the opportunity to work in a governance structure that has the oversight of the water system [from Sebago Lake to Casco Bay] as its primary responsibility and where communities that are served have a voice in the planning and priorities of the utility. To me, those characteristics ensure that the decisions and leadership of the decision-makers focus on PWD and do so within the broader context of the region. The State of Maine Public Utilities Commission confirmed this in their exempting PWD from certain rules and regulations.”  remarked Ms. Lewis.

With the announcement of Ronald Miller’s retirement in 2016, the trustees immediately began a national search for the next General Manager.  They formed a selection subcommittee and selected a firm to conduct a national search.  With that firm, the Board developed a competency profile, conducted several stakeholder visioning sessions, and reviewed over 150 potential candidates.