In celebration of Women’s International Day and Women’s History Month in March, the Portland Water District is profiling some of our female employees in positions that have predominately been held by males. Although there has been an increase in women in the water sector, only 18 percent of water sector professionals are female today.

Today the Portland Water District is led by its first female General Manager (March 2017) since forming in 1908 and a female President of the Board of Trustees (2020). The workforce at PWD is made up of 26% women. 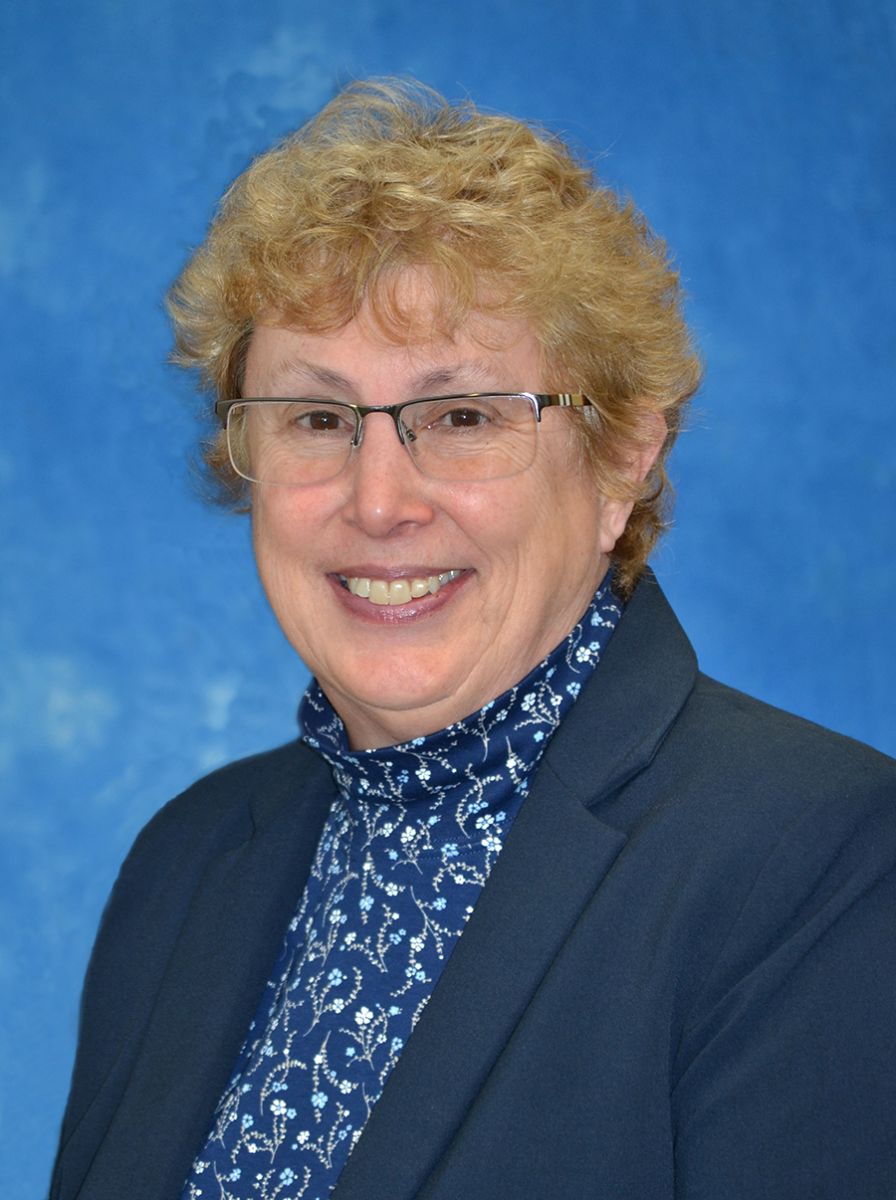 I was inspired by Jacques Cousteau-- my undergraduate degree and first jobs were in marine biology. When I later moved with my new husband to the foothills of the Canadian Rockies, there wasn’t much “marine” going on.  There was a job opening as a Microbiologist at the Calgary Water Works, and I thought the skills I’d learned at Bigelow Laboratory might transfer well into the water works laboratory—and they agreed and hired me!

I struggled to understand why it was so difficult to communicate with the engineers with whom I worked.  We were on the same team but it seemed like we were working at cross-purposes.  When I went to graduate school in civil engineering, it all became clear:  Biologists think of water as an environment that supports life, and engineers think of it as something the can control-- to be channeled and dammed and made to do “work” for them.

What achievement are you proud of as a female leader?

I don’t think it has anything to do with being female, but I’d like to think I’ve left positive change in each organization I’ve worked for. In Calgary, a broad array of water quality monitoring programs were put into place to validate treatment and distribution system water quality.  In Milwaukee, it was  treatment plant upgrades and automation, enhanced water quality monitoring, creating a Water Quality-Distribution-Engineering work group that put their heads together to improve distribution system water quality (including addressing the 70,000 lead service lines).  In Portland—well, I guess we’ll see!

Who is your female role model and why?
Clarice Yentsch hired me right out of college to work at the Bigelow Laboratory, which she and her husband, Charlie, had founded.  They created an international, interdisciplinary group of researchers who collaborated and unreservedly contributed to each other’s growth and successes. She made us all feel like family while she led detailed scientific research that generated practical, useful outcomes, pushing us to excel.  It never even occurred to me that a workplace with as many women as men, PhDs as high school grads, elders as youngsters and a sprinkling of international talent was unusual.

Same advice I would give to any colleague—do your best and be yourself.

I am proudest of receiving the George Warren Fuller Award from the Wisconsin Water Association-- their highest honor, and I was the first woman to receive it since its inception in 1939. The award was recognition of my bringing Milwaukee Water Works to national recognition as a leader in providing safe drinking water after the 1993 Cryptosporidium outbreak, which caused over 400,000 people to become ill and over 50 to die.  It was also acknowledgement of work I had done representing and advocating for water systems on the national level. 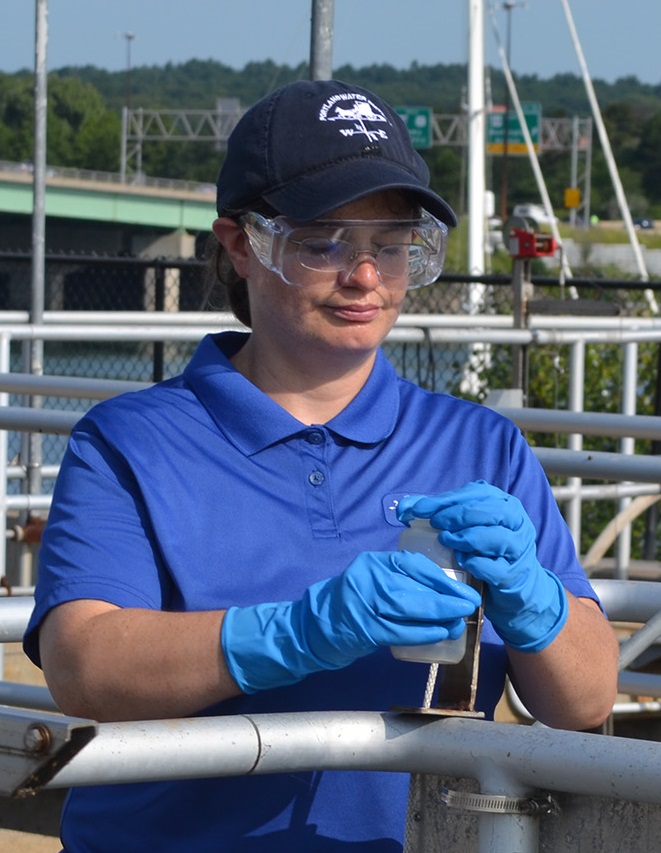 How did you become interested in your profession?
While going to college for Marine Science at SMCC, I had taken a few classes in viral genomics. During this time, I fell in love with lab work and microbiology. Collecting and analyzing samples around Casco Bay for classes, as well as for Friends of Casco Bay, I realized I wanted a career where I could help the environment. Having already established a relationship with Casco Bay, I appreciate the opportunity to help maintain a clean bay. From SMCC, I went to USM to study Environmental Science, where I learned more about the policy and permit side of environmental studies, as well as sampling and testing of different waterways. Through these experiences, I received first-hand lessons in the importance of clean waters, from potable to waste.

What are some major challenges you have faced in your career?
Being heard and taken seriously. Besides being a woman, I was one of the youngest people in my department when I started, and my work/educational background was different from my colleagues. However, I quickly proved myself and, for the most part, have gained the respect of fellow employees.

What would be your advice to other female colleagues?
Be yourself, and view yourself as an equal. There is a wide variety of people out there with different opinions about how the world works, but as long as you’re true to yourself, you can accomplish anything. 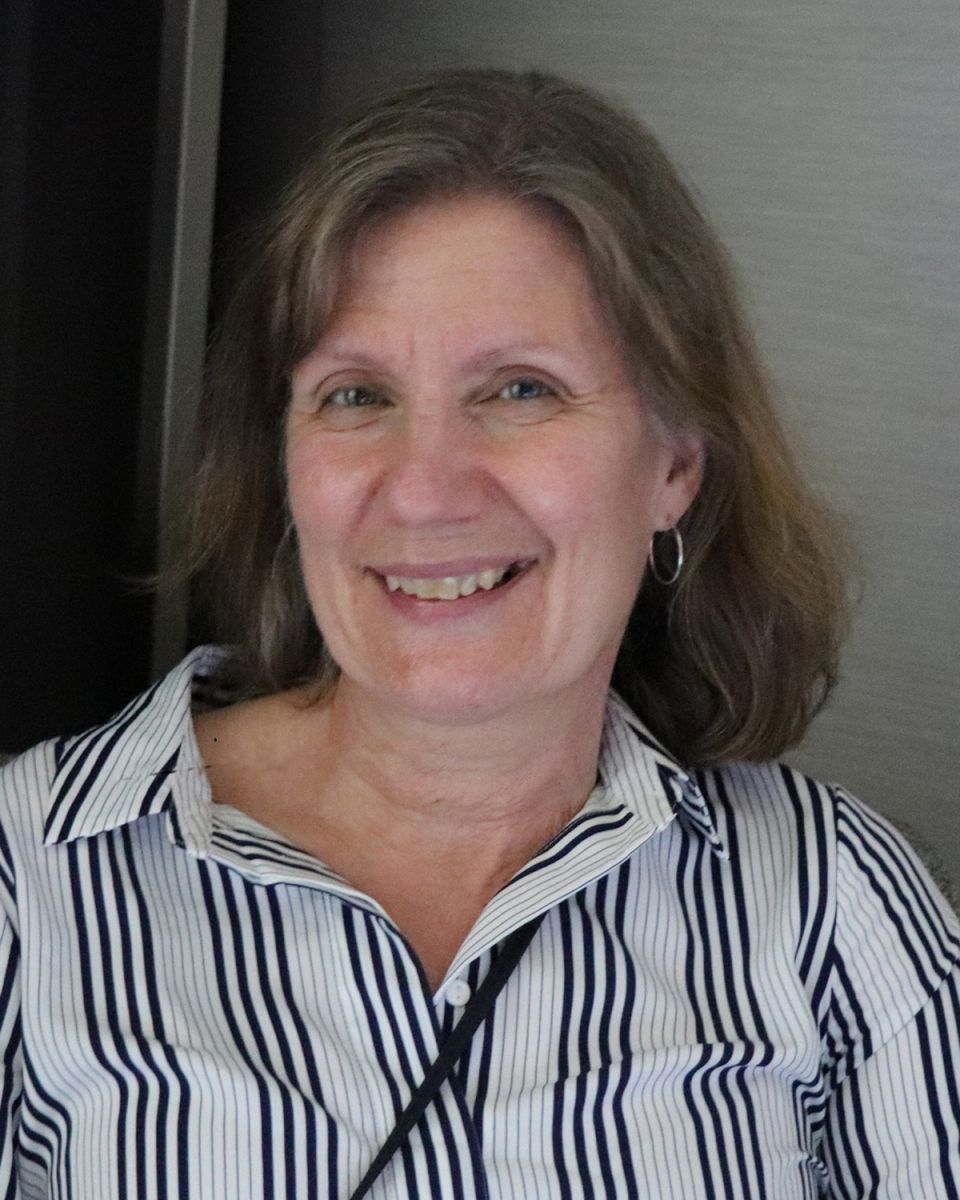 I decided in 7th grade I wanted to be a lawyer. I followed politics and elections with my Dad, and liked to argue  with him about current events.  My Mom told me women aren’t lawyers, they are teachers and nurses. So, that convinced me I was definitely going to become a lawyer.

I had trouble getting hired when I graduated from law school. Several private firms told me they would not hire me because I was young and married to a lawyer, so I would probably leave the work force and stay home and have kids and raise a family instead of working as an attorney.  For the record- I had 3 kids and worked full time. It can be done.

What achievement are you most proud of as a female leader?

Most utility attorneys  in Maine are men. I am most proud that I am the only water utility, full time attorney in Maine.

Who is your female role model and why?

My female role model is a woman I practiced law with early in my career. I was hired by a 2-person (women) firm. One of the partners was handling high powered construction litigation, was married, and had two kids.  She was able to do great legal work and still managed to have a successful family.

Do quality work. Become an expert in whatever field you do. Be responsive to your clients. And then it won’t matter that you may be the only woman in the room.

I helped create and staffed a development corporation for the City of Portland when I was an associate corporation counsel. Part of its mission was granting loans to businesses to entice them to locate in Downtown Portland at a time when there were many empty buildings and storefronts.  Many of those business are still around today. 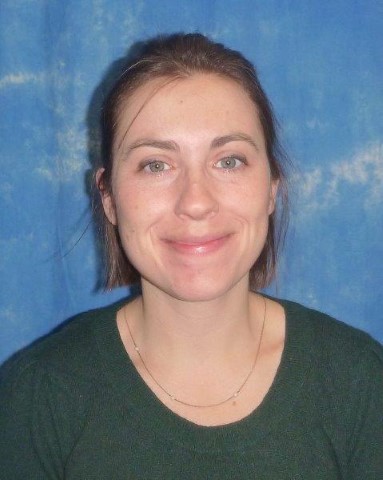 I started to envision a career in the water profession as a high school student. I grew up in downeast Maine, where natural resources fuel the economy and I spent much of my childhood enjoying the relatively undeveloped outdoors. I wanted to find a career that would allow me to give back to my community and protect our invaluable natural resources.  As a high school student I interned with the Cobscook Bay Resource Center collecting and analyzing phytoplankton samples used to indicate red tide and determine if a beach is safe for shellfish harvesting. This experience certainly led me down a path towards a career in water. I focused my civil engineering electives on the water classes and was lucky enough to land a job in the water world right out of college. The last 10 years have been incredibly rewarding and full of new learning opportunities each day. 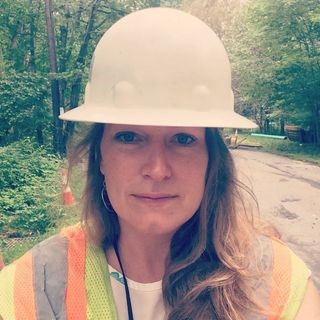 After college I was hired by a company to analyze flow data in sewer systems. I had no clue there was so much technology going on underground. Wastewater collection systems grabbed my interest and even now 21 years later, I am still learning every single day.

When I started as a foreperson not only was I the only female, but I was also pretty young. Quite often in the field other male leads would not answer my questions to me, but to my (male co-workers). That thankfully has changed for the most part and I have a supportive crew who has my back.

What achievement are you proud of as a female leader?

I’m most proud of the example I am setting for younger people especially my two boys. Not only by my profession and highlighting the importance of wastewater systems and our environment, but by showing them that women can fit in non-traditional roles and be very successful.

Who is your female role model and why?

I have two – my mom, she went back to school when I was young and worked. She set an example for me by being strong and trying new things and building her career.

Also, my very first boss Sarah – she was a project manager at ADS where I first worked.  She gave me lots of support, encouragement and advice.  Seeing Sarah as a leader in a male dominated industry let me know that there were lots of possibilities available.  Both of these ladies have strong work ethics and encouraged me to be best.

Set boundaries – don’t let others mistake kindness for being a push over. Don’t be afraid to speak up in meetings/conversations – with ideas, suggestions. Also, don’t be afraid to ask questions if you don’t know something.

PWD collectively manages the largest WW collection system in the state of Maine with all of our communities. I’m proud to be leading the group that maintains these systems to keep Casco Bay clean. I’m proud to be serving as the Chair of the Casco Bay Estuary Partnership which works to protect Casco Bay. Being a steward of the bay is one of the most important things about my job, and I take so much pride in that fact.

In November, the Portland Water District will profile some male employees in recognition of International Men’s Day (November 19).